March 24, 2017 By Meena Krishnamurthy in Uncategorized 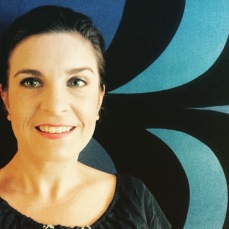 Elizabeth Scarbrough is a lecturer at Florida International University. She received her BA from Oberlin College, MA from University of Wisconsin-Milwaukee, and PhD from the University of Washington (2015). Her research interests revolve around the intersection of ethics and aesthetics. Her work has appeared in the Journal of Applied Philosophy (“Visiting the Ruins of Detroit: Exploitation or Cultural Tourism”) and the Journal of Aesthetics and Art Criticism ( “Unimagined Beauty”). More information about her can be found at elizabethscarbrough.com.

I would like to first thank Meena for curating this blog and for inviting me to share some of my work. I hope to provide a few informal reflections about the importance of architectural ruins. I welcome all comments and thoughts.

As a kid, I was an unabashed American tourist. I remember climbing the largest pyramid of Chichen Itza when I was 12 years’ old (called “El Castillo” by the Spanish, and “the Pyramid of Kukulcan” by the Mayans), admiring the view at the top and wondering what it must have been like to see a similar view a thousand years before. Thus began my fascination with ruins. I visited Chichen Itza before it became a UNESCO World Heritage site, and well before it was roped off to climbers. The effect of roughly a million tourists per year climbing the structure eventually took its toll, and the decision to close the pyramid to climbing was made both to preserve the structure and to protect visitors from (sometimes fatal) accidents.

Ruins, like Chichen Itza, are popular tourist sites for numerous reasons. Ruins are evocative structures, and we value them in different ways for the various things they mean to us. Ruins can be aesthetically appreciated, but they are also valued for their historical importance, what they symbolize to different cultures and communities, and as lucrative objects, i.e., for tourism.

My research has focused on how we aesthetically engage with ruins and how this aesthetic engagement might buttress ethical arguments for historic preservation. I’ve also written on how ruin tourism (especially photographic tours of ‘ruin porn’) can exploit local populations. I believe that ruins are important objects of aesthetic appreciation due in part to the variety of modes of appreciation one might employ in engaging with them: one might use them as props to help imagine long-ago people, as beautiful architectural marvels, as parts of a picturesque landscape, or as potent elicitors of the sublime and memento mori. We best appreciate ruins when we address a ruin’s tripartite nature—i.e., ruins are windows into the past, they display unplanned beauty in the present, and they help us imagine the future. Ruins simultaneously help us think about our human ancestors, our current experience, and what will be. In my view, the tripartite nature of ruins should inform how we appreciate and conserve ruins. I argue for a pluralist model for the aesthetic appreciation of ruins, one that respects multiple narratives. All of these ways of engaging with ruins (e.g., imaginative reconstruction, as elicitors of the sublime, and as memento mori) can be ampliative, though they might be incompatible in a particular moment.

Tourists marvel at structures like Chichen Itza in part because they stand the test of time, outlasting the rise and fall of civilizations. However, today an increasing number of ancient ruins have been damaged or completely destroyed by acts of war. In 2001 the Taliban struck a major blow to cultural heritage by blasting the Bamiyan Buddhas out of existence. These gigantic likenesses of the Buddha had been carved into the side of a cliff in the Bamyan valley of Afghanistan in the 4th and 5th century. They were not easy to destroy (as evidenced by video evidence of the destruction). This direct targeting of cultural property might change our attitudes toward conservation practices. Francesco Bandarin, the UNESCO assistant director-general for culture, states, “Deliberate destruction has created a new context. At the time, Bamiyan was an exceptional case.”[1] Unfortunately, since then, ISIL has continued the Taliban’s destruction of cultural heritage in Iraq, Syria, and Libya. Particularly heart wrenching were images showing the destruction of the Temple of Bel in Palmyra on August 30th, 2015. The Syrian Army recently retook the area on March 2, 2017, and hope remains for a 2016 plan to resurrect the Temple of Bel.

Bandarin’s comments notwithstanding, the destruction of cultural property in times of war is not new. For example, the Mỹ Sơn Archaeological Sanctuary, in the Socialist Republic of Việt Nam was irreparably damaged by the American War in the 1960s. Mỹ Sơn is the foremost Champa archaeological site, and the largest archaeological site in Việt Nam. At the time of its ‘rediscovery’ in 1898, the site had 71 relics comprising 14 architectural grouping built successively from the late fourth/fifth centuries until the thirteenth/fourteenth centuries. Unlike similar temple structures in Indochina (such as Angkor Wat), Mỹ Sơn’s iconography remained distinctly Hindu. The Champa ruins at Mỹ Sơn primarily consist of brick temple towers called kalans; a kalan is a corbel structure composed of bricks that are stacked in a slightly offset manner.

In August of 1969, a bomb dropped by an American B52 bomber struck Mỹ Sơn, reducing its largest kalan (A1) to heaps of unrecognizable rubble. In 1970, under intense international pressure, President Nixon agreed to spare Mỹ Sơn from further attacks. After the war, the Vietnamese government de-mined Mỹ Sơn so that restoration work could commence. This effort took the lives of nine workers and inflicted serious injury on eleven others. In 1999 UNESCO deemed Mỹ Sơn a World Heritage Site.[2] Ultimately, while other temples at Mỹ Sơn were reconstructed, A1 was left alone. What remains of the A1 kalan is part of an altar and the bomb crater. A1 thus serves as a powerful reminder of the destructiveness of modern war.

The conservation of ruins requires tough decisions. Even with those ruins that have not been touched by war (such as Chichen Itza) conservationists have to balance competing interests of access and preservation. The balance is even more difficult to strike for ruins whose architectural integrity has been altered by war. When ancient ruins are reduced to rubble, either as collateral damage (e.g., the A1 temple at Mỹ Sơn) or as direct targets of warfare (e.g., the Temple of Bel in Palmyra and the Bamiyan Buddhas), local communities have to decide whether or not to reconstruct the ruin, and how to frame the destruction.

Ruins are objects in flux – they are objects in the process of decay and as such, their aesthetic foci can be moving targets. Their changing characters (and characteristics) can lead to shifting valuation practices. The conservation community decided not to reconstruct the A1 kalan at Mỹ Sơn, and I believe this was the right decision. What remains is the bomb crater – a ghost of a ruin.[3] An important question conservationist ought to ask themselves is what story does this site tell? Ruins are valued in part because they evoke the importance of age-value, the endurance of human effort through time. This is no longer true for A1, which stood inviolate for a thousand years only to be inexorably changed in a matter of seconds. The crater at A1 speaks to the wanton destruction of historic sites like these to make some political point. This is just one story A1 tells, but it is an important one in my view.

Many ruins have a mournful quality and A1 is no exception. We might mourn the loss of the complete architectural structure, we might grieve and wax nostalgic for the loss of a culture (i.e., the Champa culture), or we might lament the loss of time. Confronted by the majesty and tragedy of A1, we mourn the myriad costs of war. I believe this narrative must be preserved and should be foregrounded.[4] Figuring out what narratives to tell and which ones should be foregrounded is difficult work that must include input from disparate stakeholders.

We bring our knowledge to bear on our aesthetic experiences. Ruins have a life span. The A1 kalan became a ruin, not because of damage caused naturally by the passage of time, erosion, or overgrowth of plants and trees, but rather because of damage caused by my nation’s government in an arguably unjust act of war. If A1 looked perceptually identical, yet had decayed due to “natural” forces, such as time and water damage, our aesthetic engagement with the kalan could be altered. The fact that it was destroyed by war is relevant to our aesthetic interpretation and appraisal. Allowing it to remain unreconstructed speaks to this mournful quality and foregrounds a narrative about war and destruction of cultural property. If there were no other kalans like A1, perhaps we would have good reasons to reconstruct it. The fact that is one kalan among many in the archaeological sanctuary gives us permission to allow it to ruinate and enjoy the aesthetic qualities ruination brings.

Unlike A1, there are no duplicate/similar Bamiyan Buddhas or Temple of Bel. Those losses are thus arguably far more tragic.

While there is no one-size-fits-all strategy for conservation of ruins impacted by war, I believe there are good aesthetic and political reasons to allow such sites to remain in their post-bombed state. The empty niches where the Bamiyan Buddhas once stood are aesthetically powerful. As columnist Roger Cohen wrote, “Absence speaks, shames, reminds.”[5] The bombed A1 also speaks, shames, and reminds, and unfortunately so, too, will the Temple of Bel. While acts of war might have turned these ruins (and their tripartite aesthetic foci) into memorials, and thereby change how we engage with them, we should not abandon war-torn ruins as a complete loss.

Criterion (ii): The Mỹ Sơn Sanctuary is an exceptional example of cultural interchange, with an indigenous society adapting to external cultural influences, notably the Hindu art and architecture of the Indian sub-continent.

Criterion (iii): The Champa Kingdom was an important phenomenon in the political and cultural history of South – East Asia, vividly illustrated by the ruins of Mỹ Sơn.