January 22, 2016 By Meena Krishnamurthy in Uncategorized 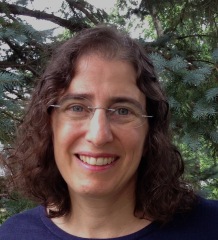 Lisa Tessman is Professor of Philosophy at Binghamton University. Her previous publications have been in ethics, feminist philosophy, and related areas. Her more recent work integrates philosophical ethics with empirical moral psychology. She is the author of Moral Failure: On the Impossible Demands of Morality (Oxford University Press, 2015) and Burdened Virtues: Virtue Ethics for Liberatory Struggles (Oxford University Press, 2005).

The Questions of Plural and Conflicting Demands

The “question of moral demandingness” has been understood primarily as a single, quantitative question: how much am I morally required to do? Some philosophers have answered the question by claiming that morality is extremely demanding, and this has given rise to what is known as the demandingness objection—an objection that morality can’t possibly be that demanding, and instead must be more moderate. In the debate between the extremists and the moderates, the question is usually discussed as if it were not complicated by irreducible differences in kind amongst the moral requirements—and more generally amongst all of the demands—that we face, and the contingent fact of conflict amongst them.

I think of the quantitative question, as it’s typically posed (how much am I morally required to do?), as the reductive question of moral demandingness. I grant that the reductive question of moral demandingness is tremendously useful for calling attention to an important point: that most of us who are relatively advantaged in the world do not do nearly enough of what is morally demanded of us, particularly when those demands are about responding to the needs of distant others, and (relatedly) particularly in situations in which we don’t experience an automatic, intuitive feeling of requirement. Indeed, becoming familiar with the literature surrounding this reductive question of moral demandingness is part of what has led me to now do quantitatively more to respond to the needs of distant others than I used to, and to do it in the way that tends to be recommended in this literature: send cash. Generally speaking, doing this is better than not doing it (depending, of course, on where one sends the cash).

5.     What’s the significance of the requirements that we can’t and don’t fulfill?

In my recent book, Moral Failure: On the Impossible Demands of Morality, I focused on question 5. By referring in the question to “requirements that we can’t… fulfill”  I mean to indicate that there are at least some (moral) requirements that contravene the principle that “ought implies can.” In brief, I believe the significance of these impossible moral requirements lies in the fact that our failure to fulfill them is inevitable, and thus we should expect our moral lives to be shaped in part by such moral failures.

On the way to answering question 5, I had to also think about questions 1, 2, and 3.

Question 1 is a normative question. Because I believe that values are plural and conflicting, and that many of our values come with associated requirements, I think that we face a plurality of requirements that will often tend to conflict. Many of these requirements are moral requirements, and these may also conflict with some requirements based on non-moral values. So there are many, many answers to question 1.

Question 2 is a metaethical question. I never intended to do metaethics, but I found that I could not explain how we could “really” be required to do the impossible without giving an account of how any moral requirement comes to count as “real” or authoritative. In trying to answer question 2 I join other constructivists in saying that it is we who construct our (moral) requirements, and we do so through a process that involves not just making moral judgments, but also developing the kind of confidence in them that allows us to affirm or endorse them and imbue them with authority. I differ from other constructivists in that I think that moral reasoning need not take center stage in this process, and that through an intuitive process we can be confident even about some impossible moral requirements. The construction of values—and associated requirements—is complicated by the fact that who does the constructing varies (for some non-moral values it might be “I,” for moral values it is always a “we,” but this “we” could be smaller or larger, or could be constituted in different ways). This, too, contributes to the plurality of requirements that are produced.

Question 3 is what the quantitative question of moral demandingness becomes when we don’t assume that we can measure all values according to a common metric. My answer to the question, if the moral requirements under consideration are non-negotiable, is: all of it, even though we can’t. Sometimes morality is not just extremely demanding, it’s impossibly demanding.

Now it’s time for me to work on the question that I’ve avoided: question 4. Question 4 should not be confused with the following question: when moral requirements conflict, what’s the morally right thing to do? In my view, this question is misleading because if the moral requirements that conflict are non-negotiable, then there is no right thing to do, although there may (or may not) be something that’s the best possible thing to do in the circumstances. Answering the misleading question (without noticing that it’s misleading) is very gratifying because if we answer this question then we’ll not only know what to do, we’ll also get to feel great about doing it—because it’s the right thing to do and people who do the right thing (for the right reason) are good people. Answering question 4, on the other hand, is discouraging. If we answer it, we’ll know what to do, but we’ll also know that whatever we do won’t be good enough. Even if there’s something that’s the best possible thing to do, doing it will still not be good enough. To make matters worse, identifying the best possible thing to do when moral requirements (or requirements more generally) conflict isn’t always possible, particularly when the conflicting requirements concern different and incommensurable kinds of values, making comparisons complex.

When we are able to identify the best possible thing to do, we may do so on the basis of the (shared) values that we’ve already imbued with authority, in which case, by choosing to do that best possible thing, we further affirm these values. At other times we might choose against what our already established values point to, and this choice begins to alter those values. But sometimes our already established values don’t enable us to make any action-guiding choice; nevertheless, we must choose, and this choice itself serves as a new expression of value, which is part of the process of constructing value.

Suppose I make an action-guiding decision, when faced with a conflict between the requirement to do X and the requirement to do Y, that I/we should do X.  By making the decision I participate in the construction of value—I prioritize X over Y, even while recognizing that I have failed by not doing Y. My decision is not based on my grasping any independently existing moral fact that doing X takes priority over doing Y. (This is the point that Sartre emphasized to the student who sought his advice about whether to care for his mother or join the Free French Forces.) When moral requirements conflict and I’m asked, “what shall we do?” it is as if, in my response, I’m saying to fellow members of some moral community, “let’s do X” or “let’s establish a norm that doing X takes priority over doing Y,” and I’m saying it as part of the conversation that serves to construct our shared morality.

Conceived in this way, I don’t think that working on question 4 is what moral philosophers usually think of ourselves as doing. Being asked question 4 is essentially being asked for an expression of what you value, or for your contribution to what we value. Answering the question is an evaluative act. So I’d like to be explicit about what we’re doing when we answer the question: we’re participating in the construction of (moral) value.