September 25, 2015 By Meena Krishnamurthy in Uncategorized 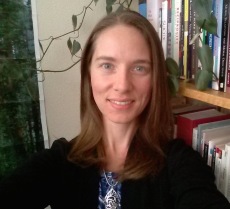 Helen Daly is an assistant professor of philosophy at Colorado College. She works in the philosophy of language and metaphysics, largely in the analytic tradition, but has broad research interests including the philosophy of religion, artificial intelligence, and feminism. That breadth is a consequence of her interest in applied philosophy generally. You can find her recent essay, “Sex, Vagueness, and the Olympics” at Hypatia, and an interview about her sex/gender model (from RoME, 2015) here. She completed her PhD at the University of Arizona in 2011.

A Model for Sex/Gender

Thanks, Meena, for the invitation to write about my current research.

I have been thinking lately about the ways people talk about sex and gender. There is an interesting problem here because the ways we categorize ourselves and others by sex/gender[1] seem invariably to exclude or offend some people. For example, there seems to be no good way to define ‘trans women’ (or ‘women’ simpliciter, including trans women) without at the same time endorsing some kind of essentialism about sex/gender categories.[2] The result is that the available definitions are offensive either to trans women or to some gender atypical cis women.

Let me give a more concrete example. If I am challenged to justify my belief that I am a woman, I will try to give reasons for my belief. But if I mention any particular feature as evidence, I thereby imply that that feature is a central or definitive part of what it is to be a woman. Trans women are routinely challenged in just this way. If their answer seems to define womanhood (which can’t help but exclude some women), then it is offensive and mistaken. If a trans woman doesn’t answer, though, her identity is likely to be denied by others. It is an impossible position.

One sort of solution is to deny that sex/gender categories have any significance at all. Maybe they are misguided notions that we would all be better off without. But I think we cannot even work to remedy the different ways that sexism hinders women and men, or the special challenges that face trans people, if we reject those categories entirely and refuse to use the words that stand for them. You cannot even refer to an injustice against women, much less organize a response to it, if you lack the words to describe which people are discriminated against. So I want to keep words like ‘man’ and ‘woman’ until these problems are solved, which could be a while.[3]

The challenge, then, is to find meanings of those words and extensions of those categories that do the work we need them to do.[4]

What work is that? It depends. Sometimes, we categorize people by sex/gender for no good reason. We could stop doing that without any loss. Other times, we categorize people by sex/gender because we want to better understand our world or because we want to advance the interests of an oppressed group. For instance, public service announcements about heart attacks should describe common symptoms for all people, rather than just common symptoms for men. That requires research on different categories of people, divided according to some sex/gender characteristics. We also categorize by sex/gender in deciding who may have access to something intended just for women or just for men, such as a women’s college or a boy’s high school. In each case, there is some specific work that sex/gender words and categories need to do.

I think the best answer to the challenge is to sidestep the semantic and metaphysical questions (What does ‘woman’ mean? What is a woman?). I propose instead that we use a flexible “model” of sex/gender to give our sex/gender terms specific, useful meanings that vary appropriately from one context to the next.[5] There are a few different ways people ordinarily conceptualize sex/gender, that is, a few standard models already in use. But I’m working on a new one that I think is quite a lot better. I’ll briefly describe the most common models I’ve noticed in ordinary use, and then my own “many strands” model.

Most people right now think of sex/gender as “binary.” That is, the words ‘men’ and ‘women’ are thought to refer to two exclusive and exhaustive categories. Some people object that there are more than two categories, for example: ‘men’, ‘women’ and ‘nonbinary gender queer’. Call that the “discrete categories” model. Others conceive of sex/gender as a sort of continuous “spectrum” between maleness and femaleness. I think each model gets something right, but they each also get something importantly wrong.

My “Many Strands” model represents sex/gender as a collection of spectra, one for each (contextually) relevant feature, such as: how you dress, how you think of yourself, how others think of you, your gender socialization, or what physical sex characteristics you have. None of those aspects of a person is necessarily relevant to a person’s sex/gender, but each of them may be relevant in some context. And people can vary continuously along each spectrum, sometimes independently of how they vary along the others. This captures how people can be very masculine in one way and very feminine in another, and how a trait sometimes matters for sex/gender categorization and sometimes doesn’t.

So the Many Strands model, like the “spectrum” model, represents sex/gender as varying continuously, but it has more nuance than the spectrum model manages. It also allows for the division of people into categories when needed, like the “discrete categories” model, but the Many Strands model requires different categories in different contexts. In these ways, it provides an outline for organizing our ideas about sex/gender, but requires that we work out the detail by reflecting on what aspects of sex/gender are relevant to the question at hand.

I want to be clear that I am not abandoning the possibility that there really are men and women, or that someone may work out the correct metaphysical theory about them. (Excellent research on this issue, for example, by Ásta Sveinsdóttir and Charlotte Witt, gives us reason to be optimistic.) But we don’t have a widely accepted metaphysics of sex/gender yet, and even when we do, it may be that our practical decisions are best addressed through a flexible model of sex/gender rather than the context-invariant categories metaphysics demands.

We need not definitively answer “What is a woman?” in order to make principled decisions about who should be included or excluded from something meant for women (a school, a restroom, an athletic competition, etc.) or who should be included in a particular medical experiment. What we do need is a way of thinking about sex/gender that will help us make wise choices about the sex/gender conflicts of our day, and that will help us justify and explain those choices to others. That’s the work I hope my model will do.

[1] The expression ‘sex/gender’ refers to everything that ‘sex’ and ‘gender’ do, but without implying that there is a clear, unproblematic distinction between the two.

[3] A comparable problem arises for the elimination of racial categorization. Without research that explicitly includes racial categorization, it would be very hard to demonstrate the prevalence of racial discrimination, or to build effective responses to it. This, I take it, is one problem with the strategy of those who “just don’t see race.”

[4] This challenge might be classified as an instance of what Sally Haslanger calls “ameliorative conceptual analysis” in her essay “What are we talking about? The semantics and politics of social kinds” (Hypatia 2005).

[5] Why “models” rather than just “concepts”? Conceptual analysis typically demands context-invariant results, but here we particularly want context-sensitivity to inform our analysis. Just as a scientific model represents only the details that are relevant to the project at hand, a sex/gender model can organize our thinking without dictating that any features are essential to women or men across all contexts.