May 20, 2016 By Meena Krishnamurthy in Uncategorized 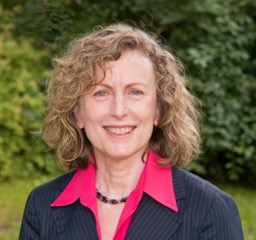 Rachel Cohon specializes in ethics and its history, particularly the moral philosophy of David Hume, but also ethical theory, applied ethics, and the philosophy of action. She is Professor of Philosophy at the University at Albany, S.U.N.Y. She earned her PhD at U.C.L.A., and taught previously at the University of California, Irvine, and Stanford University. She edited an anthology on Hume’s ethics, Hume: Moral and Political Philosophy (Ashgate, 2001), and wrote the entry on Hume’s moral and political philosophy in the Stanford Encyclopedia of Philosophy. Her book, Hume’s Morality: Feeling and Fabrication (Oxford U.P., 2008), reinterprets Hume’s meta-ethics and virtue ethics. Her published articles mainly address topics in Hume’s philosophy and on the nature of reasons for action. She is currently reflecting about character and promises.

Promises and Willing to Be Obligated, with (and without) David Hume

Thanks, Meena, for inviting me to contribute to this blog. I’ve enjoyed reading it and learning about the work of some really interesting philosophers. It’s an honor to be in such accomplished company!

I have longstanding interests in normative ethical theory, metaethics, moral psychology, and the history of philosophy, and I have particularly focused on the moral and political thought of David Hume. I care both about doing accurate textual exegesis in historical context and about grappling with the systematic issues that Hume and others were confronting in the eighteenth century, issues that still puzzle and fascinate us today. My book Hume’s Morality: Feeling and Fabrication focused on two areas: Hume’s metaethics and his important distinction between what he calls the natural and the artificial virtues.[1]

I didn’t begin my career doing history of philosophy but rather writing about reasons for action and reasons to be moral, and I was drawn to Hume at first because I thought I disagreed with his position that cognitions alone cannot move us to action, with his rejection of reason as a foundation of ethics, and with his defense of moral sentimentalism. In the end I do disagree with several of Hume’s positions, but I mainly discovered that Hume was not saying what he was largely believed to have said. For example, he does not deny that beliefs can move us to action – or so I argue in my book. His view is weirder and more interesting than it is usually made out to be. According to Hume reasoning, the process of making inferences, is not by itself a motive to action and doesn’t cause desires or aversions on its own; but causal beliefs about how to obtain pleasure or avoid pain for the agent are perfectly able to generate new desires and aversions that move us to act. (Hume does, however, deny that reason is the foundation of morality and he does defend sentimentalism. But not in quite the ways that many suppose.) There is a good deal we can learn from Hume about how one might develop a normative ethical theory, and specifically an account of the virtues, on a sentimentalist foundation, and how difficult it is to do so. Contemporary sentimentalists and expressivists have to take account of the intersubjective character of moral evaluation: they need to explain why we don’t live in isolated bubbles of individual moral judgment but rather tend to share our judgments and persuade others of them with arguments. And they have to explain what is involved when we distinguish between biased and impartial moral judgments, and when we criticize our own (erstwhile) moral perspective or that of our society. Hume is in fact concerned about avoiding bias in our moral judgments, and about avoiding both individual and (to a lesser extent) cultural relativism; and I argue that he has some successes and also some failures that show both the powerful resources and the limitations of sentimentalism. On the other hand, Hume’s conception of an artificial virtue, a virtue that depends for its existence on human conventions, is, I think, a response to enduring concerns about how to explain the foundations of the virtues of honesty with regard to property and fidelity to promises, on any metaethical theory whatever. Hume’s idea of a social convention is ingenious and he uses it to skirt certain paradoxes that he thought must arise if we try to understand these virtues on the model of a virtue like benevolence.

More recently I have looked at some systematic questions in ethics on their own and also from Hume’s perspective. One of these questions is the nature of the obligation to keep a promise, its ground, and the prerequisites for promising sincerely.

I co-wrote an article called “Promises and Consistency” with my colleague Jason D’Cruz about the challenge posed to the possibility of sincere promising by a conviction that some philosophers have reached from a study of empirical psychology: that human behavior in general lacks cross-situational consistency. [2] This thesis is a crucial component of John Doris’s situationism and some related positions.[3] (Doris and others use it to challenge the existence of character, but Jason and I don’t discuss that role of the thesis at all.) Jason and I argue that someone who is persuaded that consistency across varying (even only slightly varying) situations is quite rare and not to be expected in human beings is consequently incapable of promising sincerely. Jason wrote a lovely follow-on piece working out some further dire consequences of such a belief for the possibility of trust, and it actually beat our original article into print.[4]

Contemporary writers on the nature of promissory obligation disagree about whether a social practice is necessary to explain why promises are morally binding. The practice view has been developed in various current forms (see, for example, Rawls and Hooker), and both roundly criticized and challenged by alternative accounts (Scanlon and Shiffrin are examples).[5] I am working on two papers in which I try to figure out where Hume’s own position would fall in this debate and how Hume’s thought might illuminate it for us today.

One objection to a practice-based account of promissory obligation turns on the insight that this obligation is what we may call directed: its fulfillment is owed to a specific individual (the promisee), who has a claim on the promisor and is wronged if the promisor reneges. (There are other directed obligations, such as the obligation to care for one’s child and some of the duties that arise from property rights.) According to some recent authors, both the views of present-day practice theorists and Hume’s practice-based account imply that the duty to keep a promise is owed not to the promisee but to someone else entirely – it is directed to the wrong party.[6] I argue in a paper I am now revising that leveling this “wrong party” objection at Hume shows a deep misunderstanding of the structure of Hume’s argument about promises and practices. This argument requires me to uncover Hume’s conception of obligation or duty, which is hard to find in his virtue-oriented ethical system. I argue that Hume’s version of ethical sentimentalism (his reliance on sentiments of approval and disapproval to determine what is ethically good and bad) plays a role in his account of promissory obligation, and while his view does not imply that the duty to keep a promise is owed to the wrong party, it is difficult for him to account for the directedness of obligations at all. Difficult, but not impossible. We would have to move beyond the details Hume gives us to account for it, but not necessarily beyond moral sentimentalism.

My other paper in progress is about Hume’s idea that in order to make a morally binding promise, we must perform an act of choosing to obligate ourselves. Hume argues that such an act (he describes it as willing to be obligated) could not possibly be efficacious if performed entirely within the mind, and all talk of that is nonsense. (I can’t actually incur obligation simply by thinking “I hereby choose to place myself under an obligation,” no matter how hard I concentrate.) Some contemporary authors do invoke an act of willing or choosing to be obligated as necessary for promissory obligation,[7] and do not seem worried about Hume’s arguments to the contrary. Carefully investigating the details of Hume’s arguments, I find that while he thinks a private act of self-obligation is impossible, he nonetheless still assumes that some kind of voluntary act of self-obligation is necessary (and with only minimal additional conditions, also sufficient) for incurring the obligation of a promise. Since a private mental act could not have this effect, Hume proposes that a voluntary social act is what creates binding promises. This is one of his strong reasons for adopting a social convention theory. By contrast, it follows from Scanlon’s contemporary account of promissory obligation (according to which we incur the obligation of a promise by intentionally inducing someone to expect us to act as she wants us to) that a choice to obligate ourselves is neither necessary nor sufficient to create a promissory duty. The question is: who is right? While I don’t know yet whether I think a practice is necessary and/or sufficient for promises, my hunch is that some sort of choice to obligate ourselves in fact may be necessary, and at least is, with the addition of just a few very simple background conditions, sufficient. The question I am stuck on is what, exactly, this act of will or choice can come to. How can an agent create a moral duty for herself just by deciding to create a moral duty for herself? Hume and Anscombe[8] offer arguments why this seems impossible. Shiffrin argues that of course it is possible since we do it all the time, just as we create moral permissions by giving consent.[9] Maybe Shiffrin is right that we do it all the time. But what is it that we do?

[5] John Rawls’s often-cited practice view is in A Theory of Justice (Cambridge, MA: Harvard Univ. Press, revised edition 1999), pp. 301-308. An example of a rule-consequentialist, practice-based view is that of Brad Hooker, Ideal Code, Real World: A Rule-consequentialist Theory of Morality (Oxford: Clarendon Press, 2000) and “Promises and Rule-Consequentialism“ (chapter 10 of Hanoch Sheinman, Promises and Agreements (Oxford Univ. Press, 2011)). Alternative approaches and objections to practice views are offered by T. M. Scanlon (most famously) in T. M. Scanlon, What We Owe to Each Other (Harvard Univ. Press, 1998), chapter 7; and Seanna Shiffrin, “Promising, Intimate Relationships, and Conventionalism” (Philosophical Review 16:39, 2008).

[6] Scanlon (ibid.) is just one of many who level this criticism.